How to Easily Extract From Any String Without Using VBA InStr

The VBA InStr function is one of the most used functions in VBA. It is used to find a string within a string and indeed it does a very fine job.

However, it is often used to help extract part of a string and for this task it performs badly.

If you have found string extraction in VBA to be a painful process, then read on. This post will show you a simpler and better way using three real world examples!

The following table provides a quick reference guide to what is covered in this post.

If you would like to know more about the InStr or InStrRev functions then please read Searching within a string.

If you would like to know more about Mid, Left or Right functions then check out Extracting Part of a String.

For more about the Split function check out String to Array using Split.

I use Debug.Print in my examples. It prints values to the Immediate Window which you can view by pressing Ctrl and G (or select View->Immediate Window)

In this post, I’m going to show you a better way to extract values from a string than using then VBA InStr function with Left, Right or Mid.

When VBA InStr, Left, Right and Mid are useful

If you want to check if a string contains a value then InStr is fine for the job. If you want to do a simple extraction then Left, Right and Mid also fine to use.

In the following example, we check if the name contains “Henry”. If the return value of InStr is greater than zero then the string contains the value we are checking for.

Extracting with Left, Right and Mid

These three functions work fine if the text you require is always the same size and in the same place. For other scenarios, they require the use of InStr to find a particular position in the string. This makes using them complicated.

Dealing with Strings of Varying Lengths

Many of the strings you will deal with will be of different lengths. A simple example is when you are dealing with a list of names. The string length and part you require(e.g. the first name) may be of different each time. For example

Let’s look at the first example in the above code. The first space is at position 5. We substract 1 so which gives us position 4. This is the position of the last letter of John i.e.n.

We then give 4 to the Left function and it returns the first four characters e.g.  “John”

We can perform the same task in one line by passing the return value from InStr to the Left function.

In this example, we will get the last word in the string i.e. Smith. We can use the InStrRev function to help us. This is the same as InStr except it searches from the end of the string.

It’s important to note that InStrRev gives us the position from the start of the string . Therefore, we need to use it slightly differently than we used InStr and Left.

How this the above example works

In the next example, we will get “Henry” from the string. The word we are looking for is between the first and second space.

We will use the Mid function here.

If have a string with a lot of words then this can get very tricky indeed. Luckily for us there is a much easier was to extract characters from a string. It’s called the Split function. 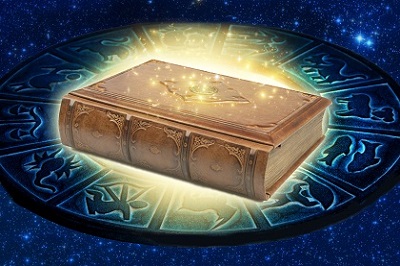 Let’s try the same three examples again and this time we will use Split.

Boom! What a difference using Split makes. The way it works is as follows

Note: the first position in the array  is zero. Having zero based arrays is standard in programming languages.

If you would like to know more about arrays then I wrote an entire post about them called The Complete Guide to Using Arrays in Excel VBA.

In the next sections, we will look at some real-world examples. You will see the benefit of using Split instead of the InStr function.

Please feel free to try these yourself first. It is a great way to learn and you may have fun trying to figure them out(or maybe that’s just me!)

Example 1: Getting part of a file name

Imagine we want to extract the numbers from the following filenames

This is similar to the example of where we get the second item. To get the values here we use the underscore(i.e. “_”) to split the string. See the code example below

In the real world you would normally read strings like these from a range of cells. So let’s say these filenames are stored in cells A1 to A3. We will adjust the code above slightly to give us:

The example here is taken from a question on the StackOverflow website.

The code below shows how to do this

Example 3: Check if a filename is valid

In this final example, we want to check that a file name is valid. There are three rules

The following tables shows some valid and invalid items

First we will do this using the InStr and Right functions.

This code is very messy. Luckily for us, VBA has Pattern Matching. We can check the pattern of a string without having to search for items and positions etc. We use the Like operator in VBA for pattern matching. The example below shows how to do it.

In the above example, the asterisk in the pattern refers to any number of characters.

To show this works correctly, let’s try it on all the example names in the table

InStr and InStrRev are really only useful for simple tasks like checking if text exists in a string.

Left, Right and Mid are useful when the position of the text is always the same.

The Split function is the best way to extract from a variable string.

When trying to check the format of a string that is not fixed in size, the Like keyword(i.e. Pattern Matching) will generally provide an easier solution.

We use cookies to ensure that we give you the best experience on our website. If you continue to use this site we will assume that you are happy with it.Ok